After casting and heat treatment processes, malleable cast iron can be formed by cold working, such as stamping for straightening, bending or stamping operations. This is possible because malleable cast iron has the desirable property of being less sensitive to strain rates than other materials.

Extensible fittings come in a variety of shapes, depending on the application in which the plumber will be using them. These shapes can include elbows, which are curved fittings that feed the pipe in a specific direction.

A tee has three openings, two at the ends of the pipe and one on one side. Side exit tees have four openings, one of which is a side exit. 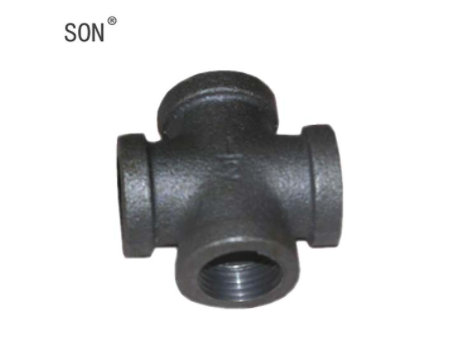 It is typically used for small castings that require good tensile strength and the ability to bend without breaking (ductility). Uses include electrical fittings, hand tools, pipe fittings, gaskets, brackets, fence fittings, power line hardware, agricultural equipment, mining hardware, and machine parts. Malleable cast iron is suitable for parts that require the highest machinability, which means they can be easily machined. It is also suitable for parts that need to resist impact at low temperatures.

Grown from a malleable iron pipe fittings factory, by our unremitting effort and valuable reputation we are now strong to more business field. Our pipes and pipe fittings have won great reputation of customers for its accurate geometry, excellent mechanical function, hermetical sealing and good interchangeability. If you are going to buy the pipe fittings from China, please contact us today, we'd be happy to have cooperation with you.

Previous All You Want to Know about PPR Pipes and Fittings
Next Carbon Steel vs. Stainless steel: What's the Big Deal?
back to list
Share
hot news